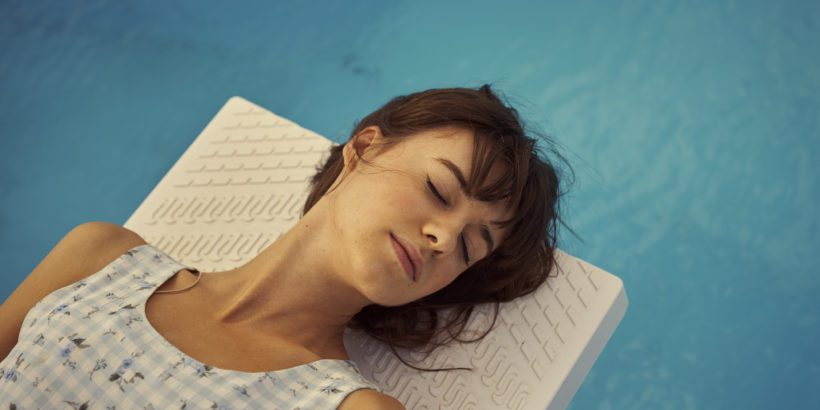 How did you get involved in the project? Were you a fan of the book and what was your casting process?

My flatmate had got the book for her birthday and said it was the best book ever, and I had to read it! I’d heard about auditions through one of my friends, but I didn’t think it was really something that was heading my way. Then about a month later, I had a first audition. When I got the recall, I read the book in one day, I’m a massive romantic so I loved the fact it was a love story. Then when I went for an audition with Paul, I knew who Connell was and I got really excited.

What do you think it is about the book that people relate to? Why do readers have such a connection?

The big drama of the novel happens in very domestic situations, it’s huge, life changing moments in people’s lives that happen in a bedroom, or a corridor at school. When they first kiss, it’s in the library of Marianne’s house. The heavy drama of the book is very human, falling in love and growing up. It’s relatable because it’s not far away from everyone’s lives.

What do you think Normal People is about?

It’s about being a human being and growing up from the age of 17 to 22, those years in your life are so massive. At 18, I thought I knew it all and people would say how I would feel different when I’m 21. The book is so beautifully written in so many tiny moments, that at the time feel so insignificant, but can change the course of your life. In the series, Connell says something along the lines of how “the smallest thing can change everything” and that’s what the book is about; being a young person.

What draws Marianne and Connell together? What is the hold they have on each other?

Probably familiarity, they have both come from Sligo to Trinity, it’s a big change and they know each other’s context. At times they are toxic and don’t communicate. But when they do, they speak to each other in a way that they can’t speak to anyone else and it’s rare to find those people. They also really fancy each other which is probably a key reason!

What does the title ‘Normal People’ mean to you?

No one is normal, we are all different. There’s no right way to be.

How is life different for Marianne in Dublin than in Sligo?

For Marianne, it’s a massive difference. In Sligo, she’s a loner, an introvert, she’s very much her own person. She sees the social ladder as something she isn’t a part of. When she goes to Trinity, everything that made her unique and stand out in the wrong way in Sligo, makes her interesting, and people are drawn to her because she has confidence – she doesn’t care about being part of social structures.

But we slowly realise at Trinity that she’s still very much alone amongst other people until Connell comes along. She still has the same anxiety and lack of self-love.

How was it working with Sally Rooney?

Sally was amazing. I don’t know how she does it. She has this amazing story and trusted us to deal with it. Meeting her at the readthrough was so cool. She said we were making our own version of the story. Sally works so well with Lenny and Hettie – I’m in awe of how amazing she is.

I listen to a lot of her podcasts as her accent was something I wanted to try to feed into Marianne. She’s from Mayo and Marianne is from Sligo but slightly posher and more anglicised version which is what Lenny said so I was trying to get her accent in there.

What has it been like working with an Irish accent?

My dad’s Scottish and my mums from Northern Ireland so I’ve always had accents in my house. My mum and I always speak in accents with each other – and everyone always asks me where I’m from! So, I’ve always been tuned into accents, it’s kind of like singing, once you know the tune and the of rhythm of it. I also had a brilliant accent coach who helped me, and I listened to Paul speaking which really helped. You get into the flow of it. But it definitely helped having my mum.

What does Connell mean to Marianne?

I found that Marianne thinks she is quite a cold person and Connell is ultimately an incredibly warm lovable person. She describes him as a big baby tooth which I always love. What she needs and loves about Connell is his homeliness; he has such a warm family, even though it’s just him and his mother, their relationship is so much fuller and warmer than anything Marianne’s had at home.

I think she finds him incredibly intelligent; she loves the way his brain works and wants to feel settled. They just have this connection which is indescribable. They need each other and they settle each other in a way that no one else can really.

Tell us about the shooting process?

The earlier part was so fun, there are so many parts where they are so happy, the later part of filming was a bit darker. Paul and I would go into scenes getting frustrated and we would always say how we wish they would just talk to each other – it would solve everything! You become really attached to how they feel, and your mood could become quite influenced by what your character was going through.

What excites you about the series?

The book is massively from Connell and Marianne’s perspective. Often, we get their view of a situation, especially her home life and it’s very biased towards her feelings. It’s quite interesting to flesh out the situation more so we see Marianne in that situation, instead of through her eyes. Similarly, it was interesting to play because I read the book so many times, so I thought of it as a bible. Sometimes Marianne comes across coldly, so does Connell, but if it’s from their perspective they don’t know they come across like that. To take a story that’s so internalized and put it in a place that’s so external is really interesting.

Did Sally come to set?

She did! When we were filming in Enniskerry – apparently Sally walked onto set and said, “ah this is just how I imagined it”! It was so cool.